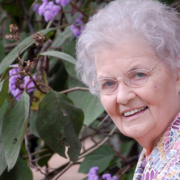 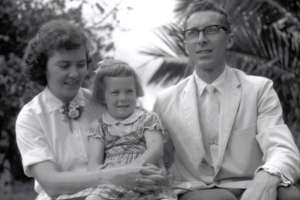 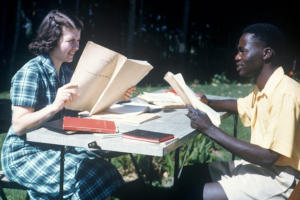 A few years later at age 13, at the altar of a church camp service, she felt the Lord call her to Africa.
In 1959, as a young wife, Sue traveled to Kenya with her husband, Dr. Ernie Steury, as missionaries with the World Gospel Mission. “The majority of the Kipsigis people accepted and welcomed us from the start,” she said. “They are naturally a warm, outgoing, and loving people.” While living there, Sue’s children often played with the Kipsigis children. It took her a while to realize that simply being a mother endeared her to these women, who came to love and respect her — especially after she gave birth to the first white baby born at Tenwek Hospital. “The Kipsigis women in particular were thrilled,” she said. “It was as if they were saying to me, ‘You had your baby at our hospital; now you are one of us.'” 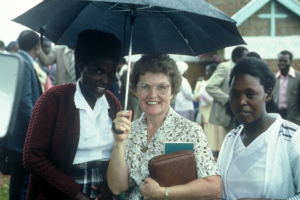 Sue immersed herself in life at Tenwek doing whatever was required. She cooked and served meals, acted as bookkeeper, postmistress and hospital record-keeper, and helped newcomers learn the Kipsigis language. When she saw the need for educating the teachers, she organized a Sunday school course, designing lessons and crafts adapted to fit the culture and their available resources. Sue also trained and supervised the local community health workers, who went into the villages to teach safety and health practices. In this role, she found it natural to also share her heart for Jesus.

Her teaching had a wide and significant impact. “It was like I finally found my niche,” she said. “I just loved the interaction with the nationals.” 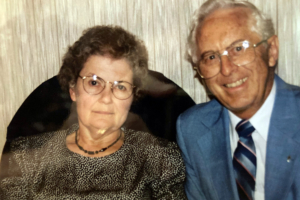 Along with Ernie, she became a surrogate parent for many young missionaries and medical staff — and a surrogate grandparent to their children. In short, Sue had become the “Mother of Tenwek.” On October 18, 1997, the hospital dedicated one of its multipurpose buildings to Sue with a plaque that commended her faithful and exemplary service to God and the people of Kenya.
Sue served as a missionary for 38 years at Tenwek beside her husband. A faithful servant, she went home to be with the Lord on September 28, 2021, at the age of 89. Her impact on the Tenwek community, especially that of its women, is still felt today.

Sandwiched as the middle child between four siblings and fighting car sickness from a bumpy road full of potholes, Janie Leland had her first glimpse of Tenwek Hospital in 2002. Her parents, both physicians, had a strong desire to make a difference and often took their family on international mission trips. 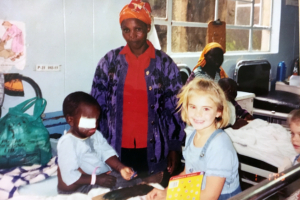 At age seven, she marveled at the differences between Africa and her small hometown in rural North Carolina. “It wasn’t just that African people were different in skin color, language, (the) foods they ate, and their culture,” she said. “It was the first time I realized that every nation is not as wealthy as the United States. It was my first encounter with poverty.”

Janie remembers those days of drinking hot chai and visiting Kenyan homes, holding patient’s hands, and passing out candy canes in the wards. At an early age, she began to understand God, herself, and how she fit into the world. “I realized even then how everyone has the distinct capacity to make a difference.”

After college, Janie’s desire to live abroad, combined with her memories and connections from childhood, led her back to Kenya. She accepted a position at Tenwek Hospital as the Friends of Tenwek Ambassador and moved there in May 2019. This position included welcoming and hosting American doctors, and their spouses and families, who came to serve.

“God went before me and I really loved my job at Tenwek,” she said. “I completely immersed myself into the community, spending time in the villages, at people’s homes, with the ladies at Threads of Hope, at the hospital, and in the pediatric wards.”

The friendships Janie developed in the wide Tenwek community gave her a window into the Kenyan culture. Connections she made with missionaries, families, visitors, and physicians became relationships she treasured. “God provided companionship in unique and wonderful ways.”

With the onset of the pandemic in March 2020, Janie returned to the United States. Back in North Carolina, she stayed in touch with the people she had met at Tenwek. “God provided an opportunity for me to continue supporting the mission at Tenwek Hospital as I began to connect with other individuals who also wanted the opportunity to remain involved at Tenwek.” Her work with FOT transitioned to development, first as Associate Director of Development and, in 2021, in her expanded role as Director of Development.

“God has given us money to steward, He has given us time to steward, and He has given us jobs to steward,” she said. “A little generosity can lead to a high impact. Learning and caring about people, finding out what they need, and then offering to help makes all the difference. I am so grateful for the faithful Tenwek supporters, as I get to witness the many ways they steward their resources well.”

Living in the United States, we are fortunate and privileged; we are also not always aware of the suffering in other countries. Just as with Janie, Tenwek leaves a lasting impression on the people who have served there. “The Friends of Tenwek are making a life-changing impact,” she said. “When we give of our time, talent and treasure, we actively practice the belief that ‘We treat, Jesus heals.'”